Fourth day of competition at the 2019 Youth Sailing World Championships in Gdynia, Poland, with 8 races now completed as per scheduled.

Italian sailor Chiara Benini ITA continues to show a great consistency among the Radial Girl’s fleet and leads from the beginning, a little more comfortable now due to the Black flag penalty received by second Ana Moncada ESP on race 7. 31 points for Chiara and 46 for Ana. Close to them with 47 and 49 points are Shai Kakon ISR and Matilda Nicholls GBR on 3rd and 4th places respectively.

The Radial Boy’s championship has a new leader and that’s Australian Zac Littlewood AUS with 40 points, only one point ahead of overnight first Tytus Butowski POL with 41. The third place is now for rising Yigit Yalcin Citak TUR with 51 units. 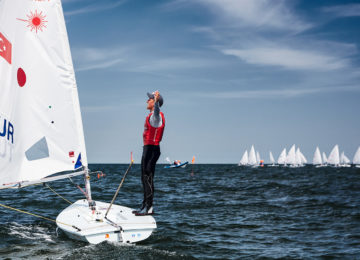 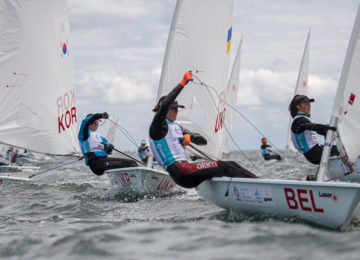 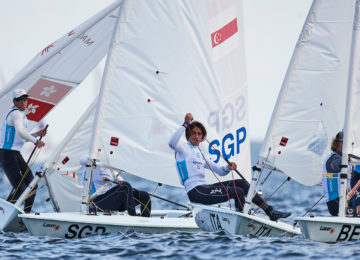