The second day of the 2018 Laser Radial Youth European Championships began with postponement because the lack of wind by the Lake Balaton.

According to the weather forecast a 180 degree change was expected, after what a Southwestern wind was supposed to get strong enough for racing.

After hours of postponement the organizers and competitors headed to the race course at 14:15 pm but did not succeed in starting the third race.

The wind was changing its direction and strength due to the clouds surrounding the lake.

No races on second day at 2018 Radial Youth Europeans

After two unsuccessful tries and a few hours, around 4 pm the organisers decided on postponing the race to the next day.

Three races are planned for Wednesday, the first one will start at 11 am. 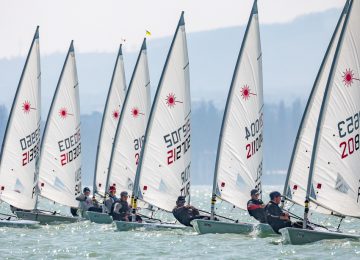 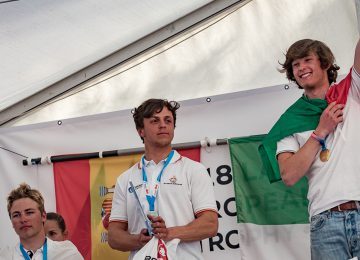 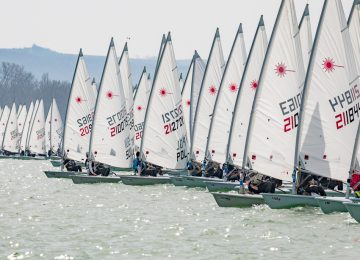 Posted by Agustin Arguelles - 12 April 2018 0
Wind decided to return to Balaton lake today, where three new races were played on the fourth day of competition 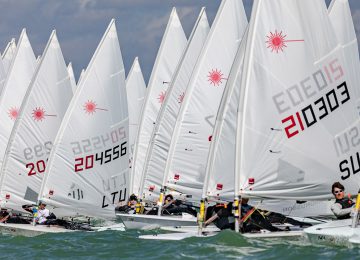